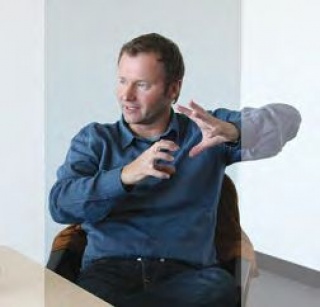 Professor Mezić works on operator-theoretic methods in nonlinear dynamical systems and control theory and their applications in fluid dynamics, energy efficient design and operations and complex systems dynamics.  He did his Dipl. Ing. in  Mechanical Engineering in 1990 at the University of Rijeka, Croatia and his Ph. D. in Applied Mechanics at the California Institute of Technology. Dr. Mezić was a postdoctoral researcher at the Mathematics Institute, University of Warwick, UK in 1994-95.  From 1995 to 1999 he was a member of Mechanical Engineering Department at the University of California, Santa Barbara where he is currently a Professor.  In 2000-2001 he has worked as an Associate Professor at Harvard University in the Division of Engineering and Applied Sciences.  He won the Alfred P. Sloan Fellowship, NSF CAREER Award from NSF and the George S. Axelby Outstanding Paper Award on "Control of Mixing" from IEEE.  He also won the United Technologies Senior Vice President award for Science and Technology Special Achievement Prize in 2007. He was an Editor of Physica D: Nonlinear Phenomena and an Associate Editor of the Journal of Applied Mechanics and SIAM Journal on Control and Optimization. Dr. Mezić is a Fellow of the American Physical Society (APS), Fellow of Society of Industrial and Applied Mathematics (SIAM), the Director of the Center for Energy Efficient Design and Head of Buildings and Design Solutions Group at the Institute for Energy Efficiency at the University of California, Santa Barbara.